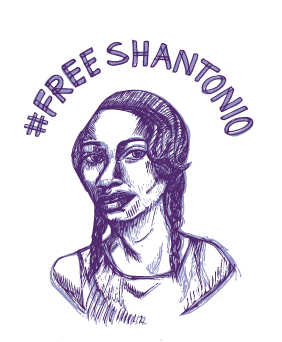 The Love and Justice Project is an initiative of Free Hearts, a Nashville-based organization led primarily by formerly incarcerated women in support of incarcerated mothers and their children.

Through this initiative, Free Hearts is continuing our work advocating for criminalized and incarcerated survivors in Tennessee. As Victoria Law’s recent Rewire.News article highlights in its very title, “Cyntoia Brown Will Go Free in August, But there are More Survivors Behind Bars Who Still Need Help.”

One of those incarcerated survivors is Shantonio Hunter, a survivor of domestic violence from Nashville, Tennessee who was prosecuted by the Davidson County DA’s Office for the death of her three-year old son because she was unable to control the violence of her abuser. On September 22, 2017 she signed a plea deal for 28 years in prison.

We continue to advocate for Shantonio’s freedom and that of other incarcerated survivors and we invite you to join us in answering the call of Survived and Punished to #FreeThemAll.

Stay tuned for ways to get involved!